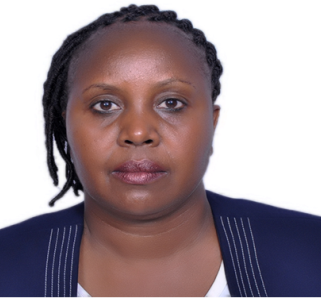 SPOTLESS HOUSEKEEPING TRAINERS AND CONSULTANTS is led by Consolata Mwangi who brings a vast wealth of Housekeeping experience having worked in housekeeping for 20 years for Serena Group of Hotels, Norfork, and Jacaranda Hotels and before then a tutor at Hospitality College in Karen.

The experience gained while working for Serena Groups of Hotel provided me with the insight of starting training, cleaning and consultancy service. While working for Serena I received numerous requests to assist in setting up housekeeping service and assist Housekeepers with information on how to deal with different numerous challenges.

These opportunities led to a long-term goal to set up a housekeeping consultant firm that would offer cleaning solutions and consultant services in Hotels and Private sector.

maintain a network with housekeeping Associations internationally and locally that provides a forum of understanding new trends and challenges in housekeeping. 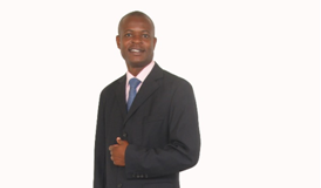 David is currently a housekeeping manager with a world-renowned cruise line company that specializes in kids and family entertainment, he holds vast experience in the hospitality industry from cruising to luxurious hotels and resorts. Among the international brands he has worked for are Intercontinental hotels Group, Royal Caribbean Cruise Line, and Fairmont Hotels and Resorts.

David boasts a total of 17 Years top class experience, where he has worked with over 60 Nationalities around the world. His Experience is in Housekeeping and Laundry, Front office operation, Purchasing and sourcing for the ever growing and dynamic hospitality industry.

Just like most career people in his field, David has grown within the ranks from starting as a Trainee at Utalii College then later a casual Public area attendant / Room attendant at IHG, where he got employed as a housekeeping auditor. Here, he championed a lot of projects that included pre-opening of 150 Rooms on one wing that underwent a complete renovation and assisted in setting up the new standards, development of Housekeeping SOPs and training manuals. He later moved to Front office department which was to enhance his knowledge and understanding of the entire rooms’ division operations.

Later, he briefly moved to Ole sereni after which he took up a senior Deck supervisory position in Royal Caribbean Cruise Line, where he worked until he decided to move back home. He worked as an Assistant Executive Housekeeper at Fairmont the Norfolk and later became its Executive Housekeeper. He then took up a Housekeeping managerial position on board the world’s premier family cruising and Entertainment Company, where he currently is. He is also working alongside Consolata who is the CEO of Spotless in running the company’s operation.